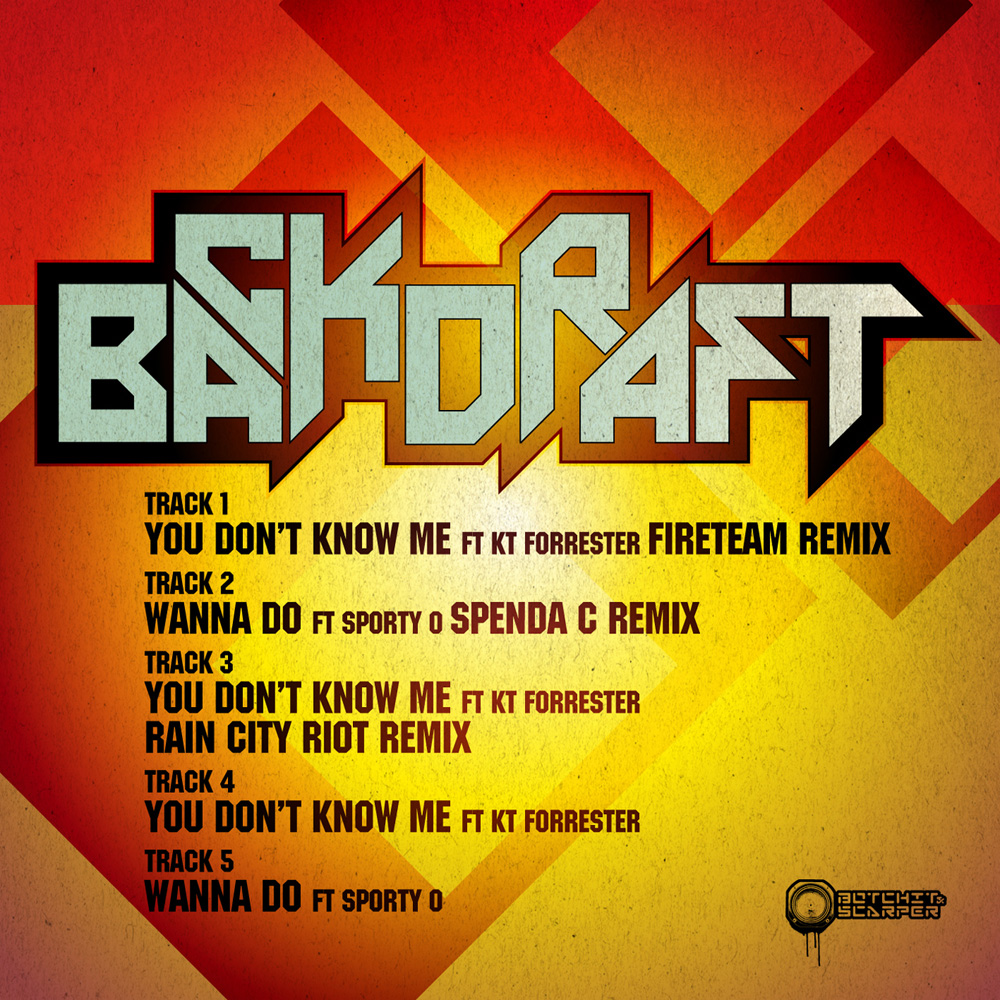 Opening the Backdraft remix EP, we’ve got a big rework of 'You Don't Know Me' by Fireteam. Going straight in with some hard breaks and a guttural bass, Fireteam use their drum and bass sensibilities to keep it pumping Australian Bass and Trap music producer, Spenda C takes on the “Wanna Do” remix featuring MC-ing from Sporty O. He gets right into it with some dirty bass, groovy claps and fat drops. Cleverly chopping up the vocal Spenda adds a little bit of southern flavour.

Next up we’ve got another great remix of “You Don’t Know Me” coming this time from previously named High Rankin now, Rain City Riot, who has prior releases on Defected and Toolroom. Starting off with a chilled rhythm and some soft swelling synths he quickly turns it into a sentimental, pulsing deep track with extra light on KT Forrester’s serene vocal.

Finishing up this release we’ve got Backdraft’s 12” versions of “You Don’t Know Me” and “Wanna Do”. The Manchester based bass veterans giving you all the bass and breaks you can handle once again.

Watch out for the video coming later this month.