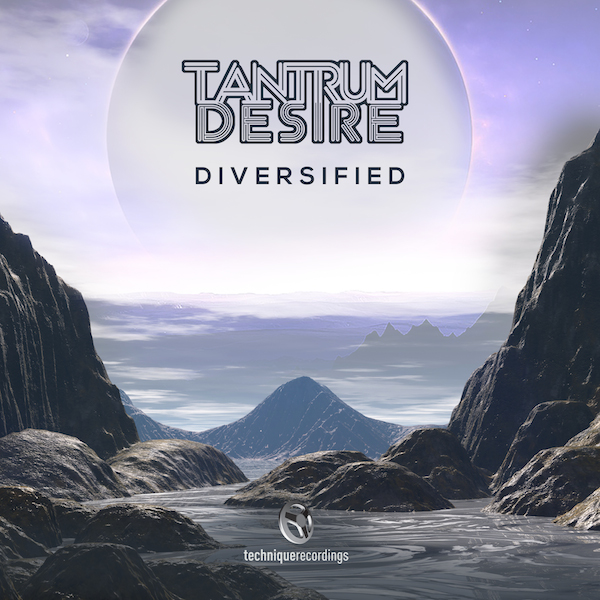 Let's not beat around the bush. Anyone who knows anything knows that this album is going to be big. It's absolutely clear Jay and Dev have put the graft in over the last decade to claim and maintain their D&B-elite status. For one thing, production mastermind Jay has put in the studio hours to hone that distinctive, arena-sized Tantrum Desire sound. And, as DJs, they've proven their ability to take that sound into the real world and make it connect with the biggest crowds bass-heavy music has to offer. There are a handful of acts that can simultaneously kill it in the underground and the mainstream, and we're about to find out why Tantrum Desire is one of them.

So, time to break this down.

Obviously, this album contains more than its fair share of show stopping anthems. “Oblivion”, for example, seduces us with the uplifting innocence of Solah's vocal style, before moving the sound effortlessly from naïve purity to gritty toughness. This, all woven together with stomping bass, jungle drum fills and a stripped-back piano-led breakdown, means that it's going to connect with listeners' emotions as much as ravers' dancing shoes. Some tunes, like the Laura Bayston-laced “Underground” and the syncopated madness of “Genesis”, have already been making waves for a while among those who keep their finger on the pulse. And the aggressively percussive US-influenced “Pump” is currently a key weapon of choice among DJs when it's time to turn up the hype levels.

Then there are a couple of almighty supergroup collaborations. For one, Drumsound and Bassline Smith join the party on “I Need You Here”. This takes the big-room build-up to Empire State proportions. Gentle synths build to a soaring sing-along vocal hook, which in turn give way to huge polyphonic chords. Then the drop is a virtuoso display of drum programming, with a heavy bed of half-speed kicks and snares supporting subtly-switched up samples. But then just when you think you've reached the limit of what the track has to offer, there's a breakdown and another build into a full-speed, full-power drop that's going to hit like a tactical nuke in any rave. Matrix and Futurebound pass through too, to bless “The Shadows” with their skills. Elegant harmonies melt into a sinister dialogue sample and the dark funk of a pizzicato riff in the low registers. The track builds into straight up modernist techstep, taking the classic paradigm and applying contemporary sensibilities of energy control.

But this album isn't all about the big ticket items. It's not just a collection of singles, but a cohesive vision, a journey mapped by a pair of DJs and producers immersed in the music. This is made clear right from the beginning, with the drumless title track setting out the template of movement between vibes and styles. Delving deep, there's “Goddess of Love”, with its unapologetically constant level of tension, reiterated and reinforced by ever-changing sample-manipulation. And there's “Back for Love”, featuring Julie Gordon and Smokesta, an almost lo-fi excursion, which takes tropes from trip-hop and the Bristol Sound to create something that's sure to strike a chord with old skool junglists.

Let's be clear, though. These are just some of the things “Diversified” has to offer. There are sixteen tracks here which, together, crystallise the multiple, complex layers of Tantrum Desire's take on bass-led electronic dance music in 2015. The joy for DJs, ravers and listeners alike is going to be discovering those layers for themselves. So go discover.