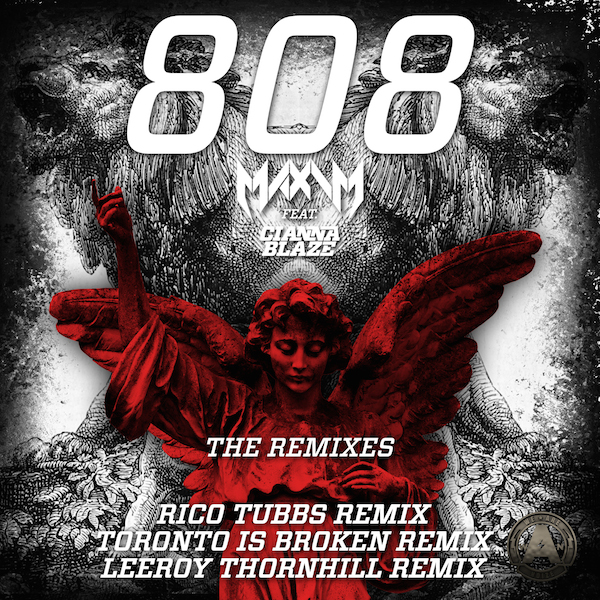 For the last few months, Maxim's 'Animal Anger' EP has been tearing up radio, blogs & clubs alike. Tracks from the EP have gained support on massive platforms such as Radio 1, XFM, Your EDM, Dancing Astronauts & The Complex Network, not to mention DJ support from across the bass music spectrum from the likes of Caspa, Reid Speed, Bassnector, DJ Chuckie, Z-Trip & Jaguar Skills to name just a few.

One of the standout tracks from the EP was '808' featuring vocals from frequent collaborator Cianna Blaze. A favourite with the DJs, '808' gets the remix treatment from some of Bass Music's most exciting talents, both new and established.
First up wobble bass Godfather, Rico Tubbs jacks it out with 4/4 beats and a heavy bass. Fresh talent Toronto is Broken comes with a ripping D&B remix that will test the tolerance of the bass bins of even the most advanced sound systems. To round things off we have Leeory Thornhill. Leeroy has been touring the world for the last decade, dropping his own brand of Breaks & Electro. He turns in an uber classy 130 breaks workout that would fit as easily into an electro set as it would breaks.

The '808' remix EP will be released in early December through 'we Are noize', with a host of new and original music set to follow in 2015.