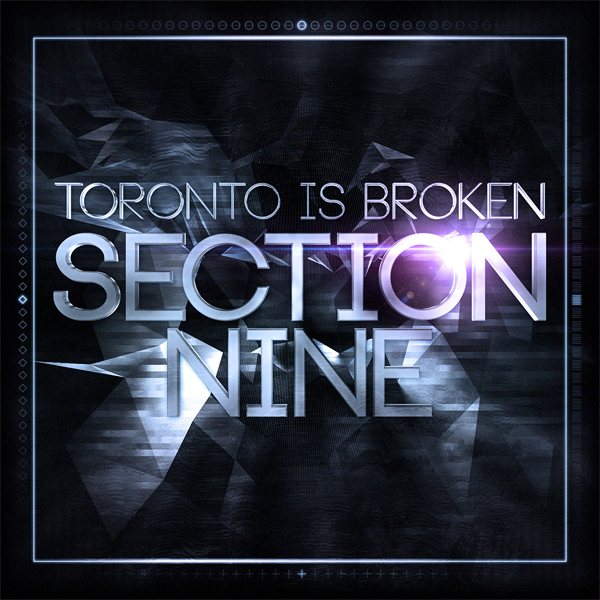 At 21 years old, Bass music producer Toronto Is Broken (aka Christian Hoffmann) has received immense support from the likes of Sub Focus, Netsky, Metrik, Reso, The Crystal Method, Benga & Skream and many more. At only 18 years old one of his first productions “Spirit Song 2012" was not only played by Sub Focus on his UK BBC Radio 1 tour but for the last 3 years running has been used as the first track for Arcadia’s spectacular fire display on their world famous robot spider rig at festivals all over the world.

Not a bad achievement from someone who only started producing 4 years ago. Not wanted to ever sit still it’s no surprise that Christian has created a diverse and forward thinking album that will project him to the next level.

That said, it is with great pleasure we bring to you Section Nine, a futuristic journey through dark textures, switching tempos, complex bass lines and intricate beat programming. This album will change game in the world of Bass music.

From the euphoric, energetic Die For You to the neuro Drum & Bass twisted A Place In Time and Abstract Architecture, the Glitch Hop fused Foes to beautifully crafted Field Of Poppies. Section Nine is an album that will not only stand the test time of, it will influence how it’s shaped.

In his own words…. “Section Nine is a story about mankind’s ever growing dependence on technology, essentially living in a virtual network know to us as the internet - a dark (near) future where the lines between man and machine are blurred. The album also asks the question of what happens when technology ultimately fails us and breaks apart, to the point where mankind has to go back to square one.”