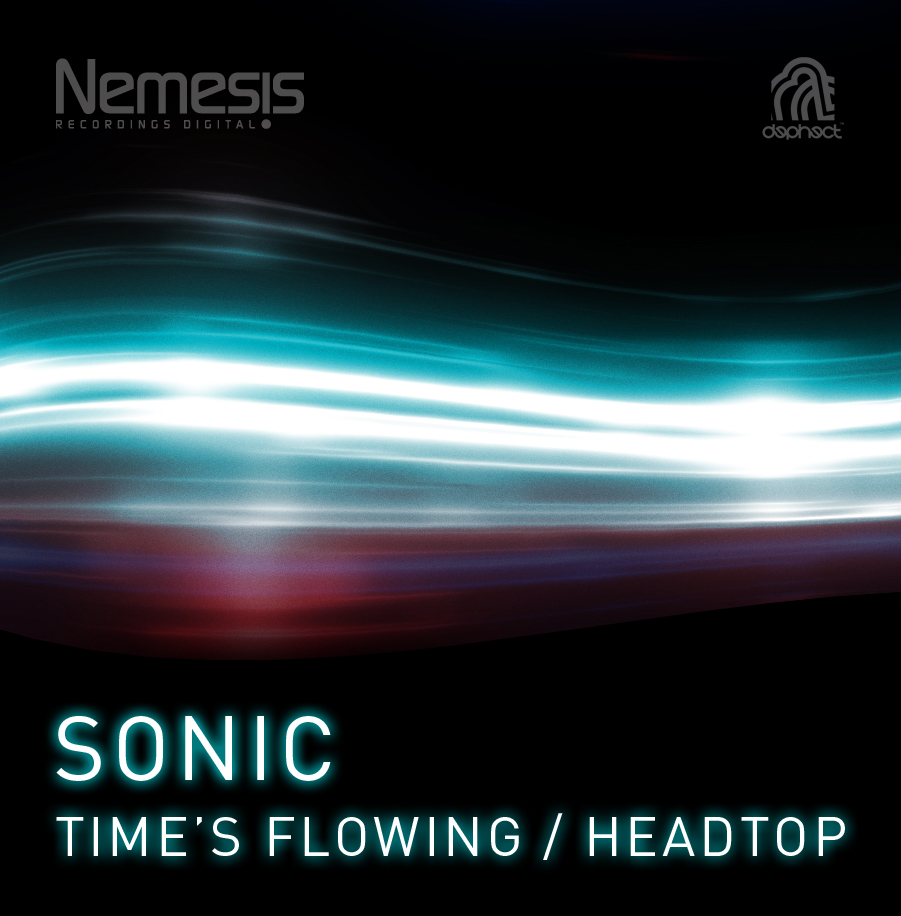 After being in and out of the music game for some years now working alongside Silver and the North Base crew! Jasper Byrne aka SONIC is back with a first of many singles to come in the pipeline on the mighty NEMESIS RECORDINGS!

If you did not already know SONIC has been working on a award winning computer game called LONE SURVIVOR for the past 5-6 years! Recently released on the PS2, SONIC has now found time again for is first love and that is making beautiful music.

Starting off the show with 'TIME'S FLOWING' and again is a soon to be an award winning track, SONIC gets down deep and dirty with some hard 2 step beats and lashing snare to start. Erie winter sounds are conjured up in the intro until that catchy guitar riff puts you in a trance throughout the groove. Big boy Reece fills out the bass end of this roller while the triply vocals of Jasper come in and out like a ghost in the night. One of our deepest cuts given to you right here on the NEMESIS RECORDINGS stable so make sure you do not miss it!

Next up on the list is the amen tearer entitled 'HEADTOP'. Once again beautiful intro takes control of your mind while the smooth chimes of piano take your soul until that raw beat just cuts right through like a knife! Kicking sub lines and special effect makes this a B side to take you back to the days of the amen, as SONIC shows us how a classic is done in a 2013 style.

Already gaining support from the likes of LTJ BUKEM, MARCUS INTALEX, DUBPHIZIX, FUTUREBOUND, ED RUSH & OPTICAL, FABIO and many more key players in the scene! Be sure to be on the look out for more material from SONIC in the future months to come!