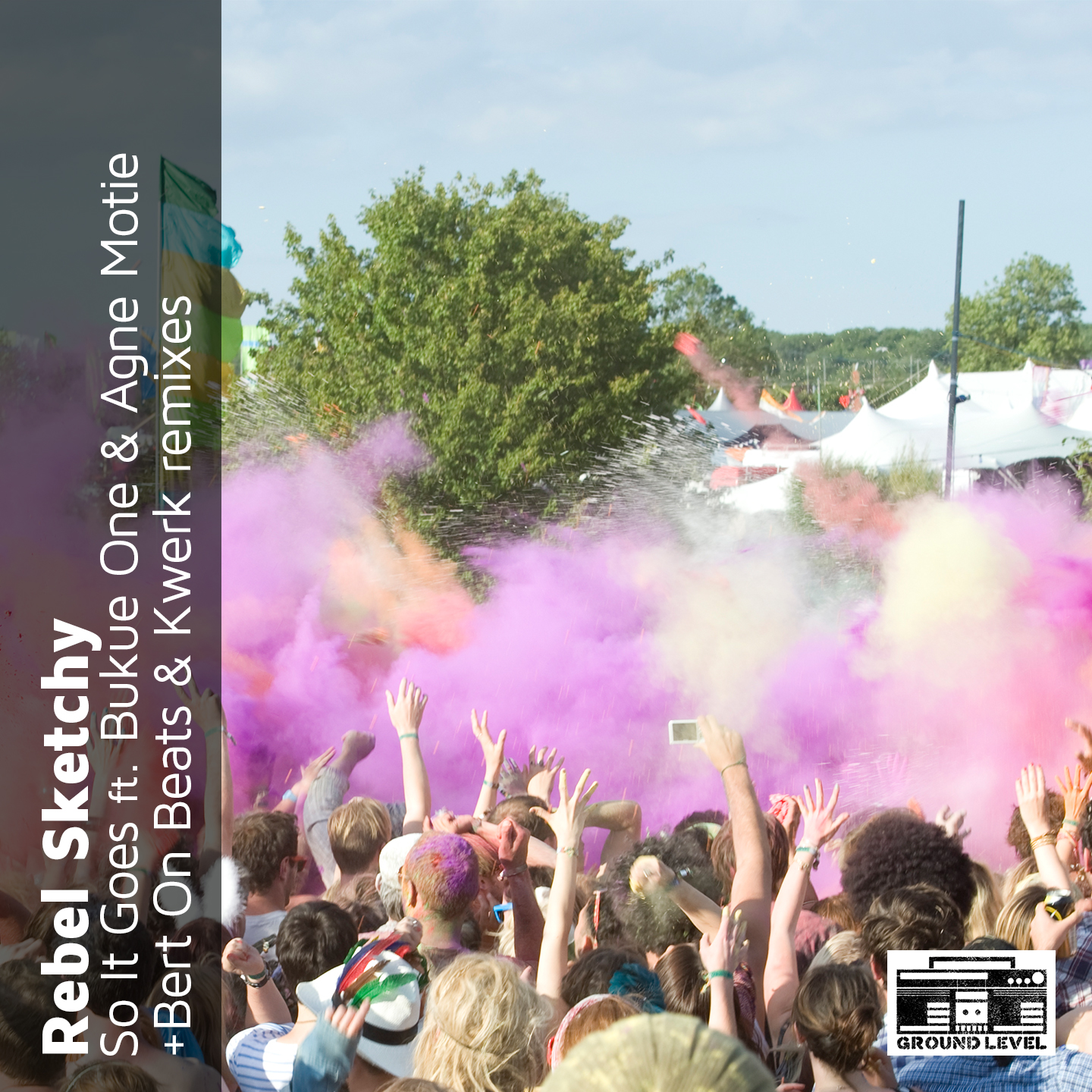 'So It Goes' is the second single to be taken from London-based electronica producer Rebel Sketchy’s debut album Goodbye Gravity. The track features vocals from Agne Motie, a vocalist also based in London, and Californian rapper Bukue One. The track takes the best elements of hip hop, bass music and hipster pop, combining them in an explosion of groove.

The first remix on the package comes from Bert On Beats, a name well known in the Tropical Bass world, Bert has had releases on Mad Decent/Jefrees, Trouble & Bass, Enchufada and Man Recordings. His reinterpretation juxtaposes the vocals of Agne Motie with a pulsing bassline, underpinned by tropical beats.

The second remix on the package is by Kwerk, an up & coming breaks producer from the UK. Kwerk’s remix moves the track into more of a late night bass vibe, shaking off the laid-back vibes of the original and creating something altogether more dance floor based.

So It Goes - Promo Mix by rebelsketchy