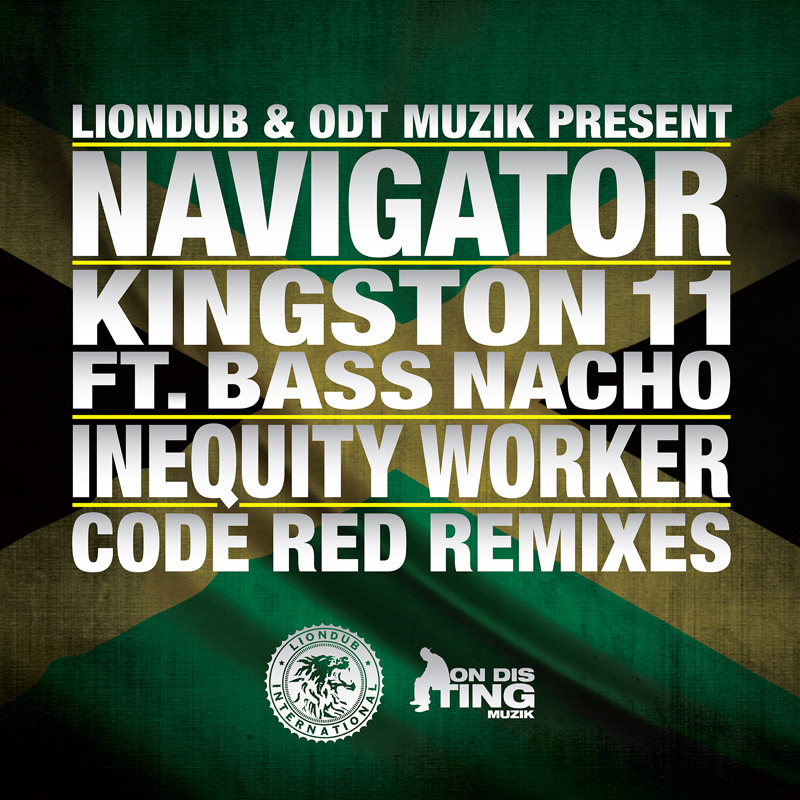 Rolling in heavy with a double A-side deuce, Liondub International is going deep into the old school for its 22nd release with heavy tracks from Navigator featuring Bass Nacho on the mic and remix work across both cuts from Canadian upcomer Code Red. Marking over 25 years in the game with releases on the legendary Adam C’s RAM Records, Moonshine, Black Butter and previous drops for Liondub, Navigator is coming in strong in 2014 with this teaser package for his forthcoming album for Liondub International / ODT Music. Code Red has been released by Newcastle heavyweight Original Sin’s Image Musik, and is quickly rising to the top in the contemporary drum & bass scene.

‘Kingston 11’ takes no prisoners in a durty jump-up style and rides waves of distorted bass, video game effects and sirens behind Bass Nachos ragged flow. The ominous beginnings of ‘Inequity Worker’ lay the stage for an intense chat from Navigator himself over a stripped-back production with massive waves of sub bass and rolling drum breaks. Firmly on the contemporary tip but carrying the weight of Navigator’s long history alongside Code Red’s rising star, Liondub International is boxing in drum & bass from both sides for 2014.