Kast3l - Got To Be Real [Skanky Panky Records]

Kast3l - Got To Be Real [Skanky Panky Records] 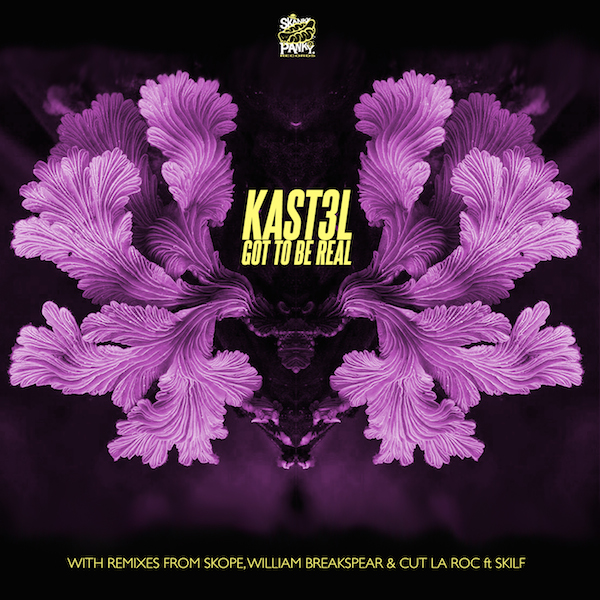 Skanky Panky Records are back with their first release for 2015, and the firsts don’t end there… Kast3l is a brand new up and coming producer out of Krasnodar, Russia, and this is his debut single. Kast3l (aka Serj Yakovlev) graduated from the College of Arts, Faculty specialising in Piano. He likes his Glitch hop with swinging rhythms and elements of funk and his fave producer is Savant.

Skanky Panky Records wouldn’t leave our new artist out on their own, and a few members of the SPR family have stepped up to switch this huge track up in some different styles, so there’s something for everyone on the release!

First up we have the enormous Skope remix. Not much needs to be said about this lad, who has been making huge waves in the glitch hop and wider bass music worlds this last year. On this remix, he brings us into new territory, with an 80bpm dub fire smasher of a track, which drags you from the blissed out sailing string sections of the original, to a jagged coastline of treacherous bass. Dancefloor killer ahoy!

Next, SPR’s big cheese William Breakspear has a bash at the track, also breaking new ground for him with a 120bpm steppy breaks mix. The swing is strong on this one! Breakspear’s love of bass is as evident as ever as he steps up the bass switches and key changes throughout the arrangement.

The original Kast3l mix follows next, which is where all this began. Melodically strong, this will appeal to those who like their colourful samples and bold open bass sounds. Kast3l has done what most would dream of with their first glitch hop tune, and actually nailed an interesting and unique, yet completely danceable track!

Cut La Roc closes up the remixes with a solid, chunky almost 4x4 break version of the track which compliments the other tracks, yet contrasts nicely. Skilf has dropped in to lay a solid vocal over CLR’s beats and his half sung, half rapped style really fits the melodic yet dancefloor sound. We also included an instrumental in the package to keep the mashup makers and busy DJs happy!

The Breakspear VIP mix closes up this promo package. This one is not going to be released, its just for you lucky VIP DJs! It combines the Breakspear remix with the Skilf vocal from the Cut La Roc remix, to bring a different flavour for those that like it that way!