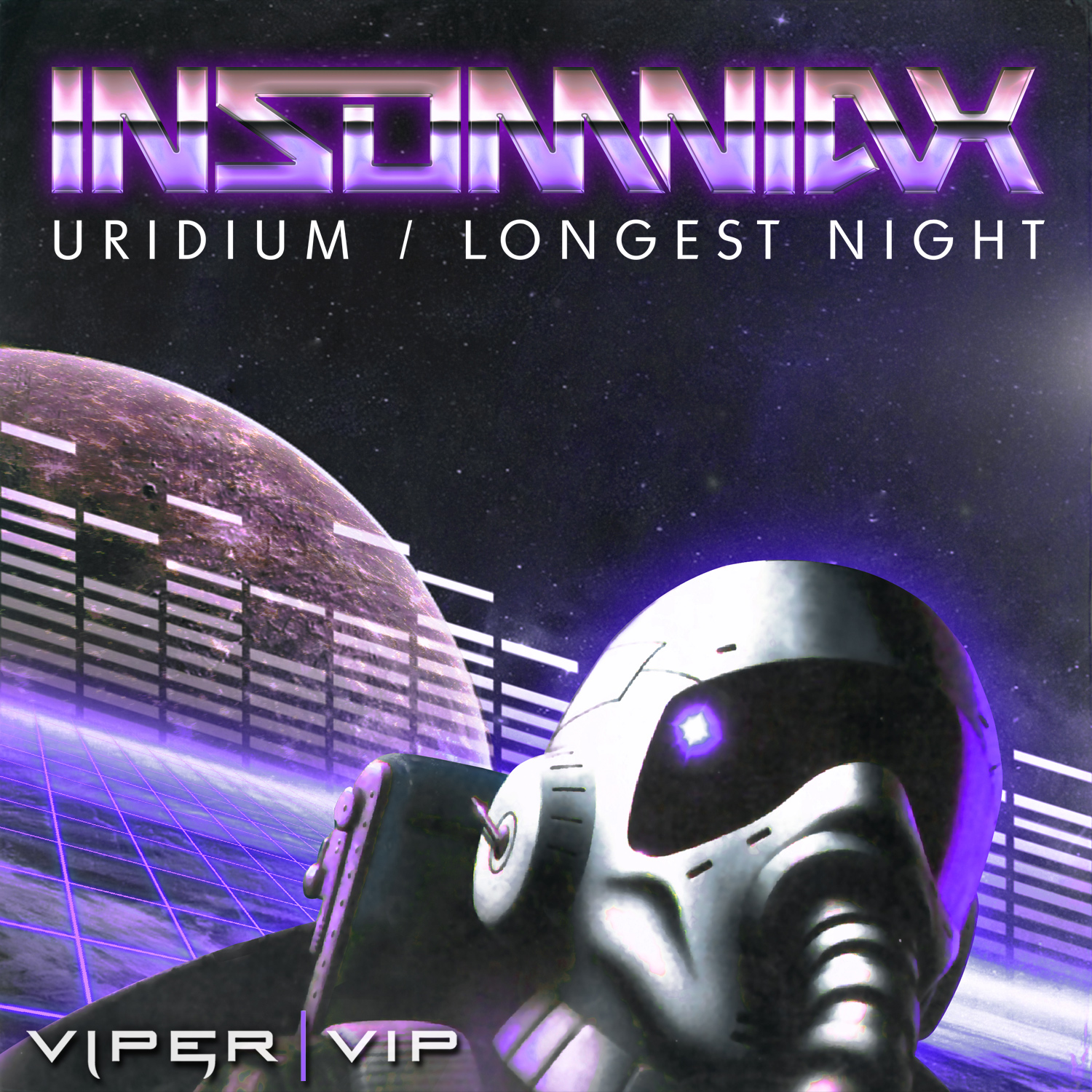 Insomniax is a collaboration of two producers, Renzo (Damien Fellows) and Freshold (Oliver Millin) hailing from the South West, UK. Renzo and Freshold have both been devoted to making dance music since the early rave days of the 90s.

After getting their tunes into the hands of Viper Recordings boss Futurebound, the duo were signed to the label in 2014 and made their debut on the prestigious Headroom EP series with the track 'Digital Murder'. Following their Viper debut, they released two tracks 'Can't Resist' and 'Over Again VIP' which were featured on Viper's Drum & Bass Summer Slammers 2014 album, along with an exclusive DJ mix by Insomniax. The duo then went on to work with Viper Recordings artists, Six Blade, to produce 'Contact' which was released on Viper's 10 year anniversary album, 'Decade'.

Now fresh off the back of their latest track 'Lunar Dub' which was featured on Viper's Drum & Bass Annual 2016 album, Insomniax come with their debut single on Viper VIP with 'Uridium / Longest Night'.

First up we have 'Uridium'. Taking inspiration from its name-sake, the classic 80's video game, this banger will have you feeling like you're an intergalactic fighter pilot belting around the solar system, lazar blasting the enemies fleet of space ships. It starts with a build that will have your heart pounding in anticipation, then the sub hits... And when we say 'it hits', we mean 'IT HITS'. From there on out all hell breaks loose with a stuttering riff, hoovers and drum rolls. This track has dance floor written all over it. Not for the faint hearted.

Next up is 'Longest Night' to round this single out. This one calms things down and takes the proceedings a little deeper. An ethereal vocal and beautiful melodies make for a complimentary partnership with the hard, rolling drums and brooding bassline.

2016 has started well for this dynamic duo and it looks like this year is set to continue in triumphant style with the release of 'Uridium / Longest Night' on Viper VIP.