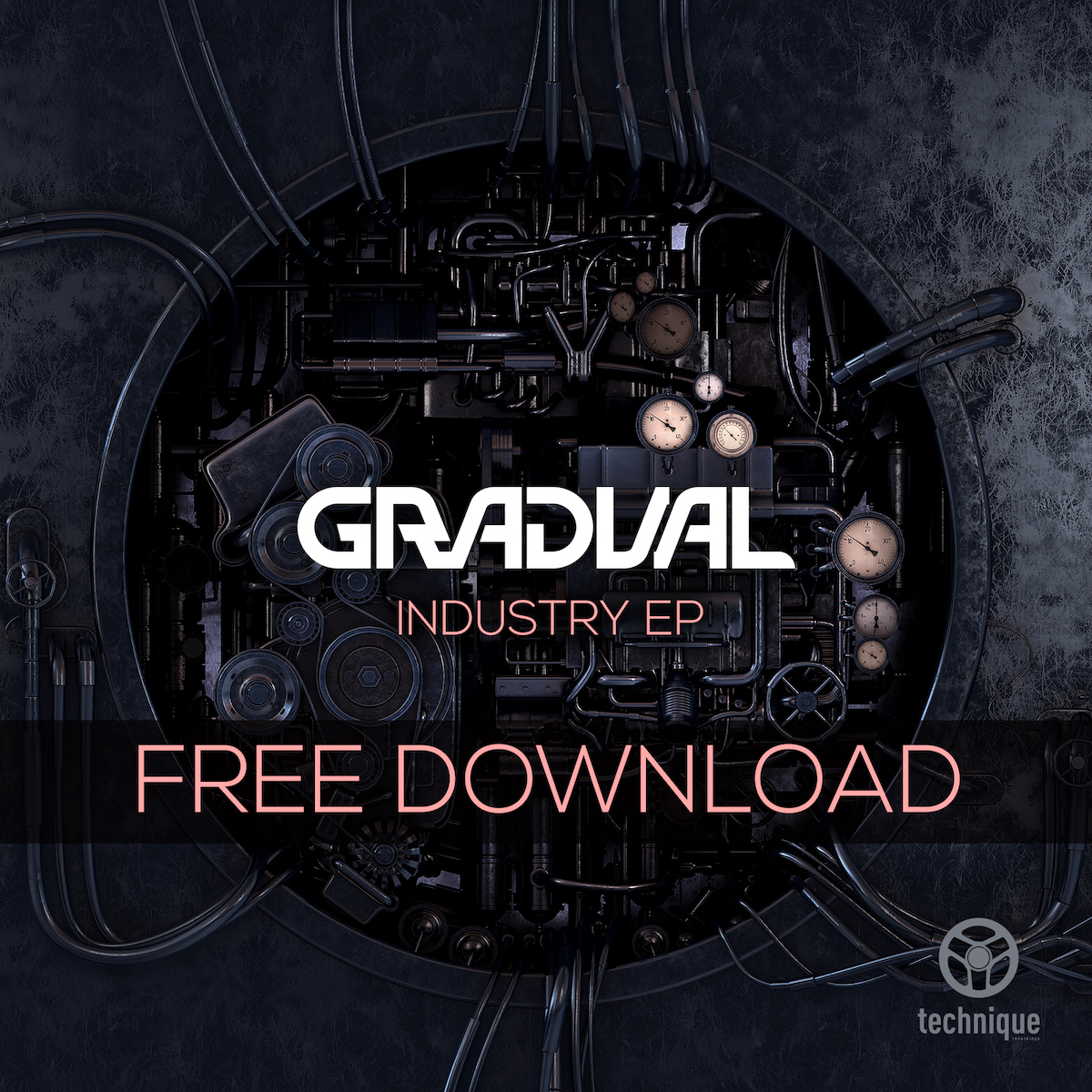 It hasn't taken long for Alerstorm and Ice Stereo to establish their neuro-tinged Gradual guise as one of Technique Recordings' heavy hitters. Having introduced themselves to the label with some dark and techy flavours, they were last seen on the Summer 2016 compilation bringing the more sunlit vibe of “Falling Pieces”. So, we know they've got multiple facets to their style, which makes this EP a particularly exciting prospect.

The title track, “Industry”, is a team-up with Gradual's compatriot Impak. The evolving arpeggios and pads of the intro are dramatically counteracted by percussion which grabs hold of us and drags us to the drop. Then there's an almighty battle between warping bass, technoid stabs and pitch-bent tones to keep the energy at an absolute peak. And the breakdown, rather than offering relief from the madness, just provides an opportunity to build back into a melee of tempo-switching craziness. If you want to take hold of the dance's attention and refuse to let it go, here's one to pull out.

“Caution” immediately envelopes us in dark velvet synths, which sweep and rise, set off by hints of percussion. There's anticipation and tension right from the get go, and it feels inevitable that the drop will bulldoze all before it. Which it does. The smoothness of the intro is brutally chopped into relentlessly staccato slices, supported on a foundation of driving bass and the kind of expertly-programmed drums we've come to expect from Gradual. This is a piece of rock-solid rollage that's the ravers won't be able to resist.

The title of “Helium” makes sense straight away. A crazy pitched-up vocal riff sets the tone, and things just get more twisted from there. Old skool stabs hark back to the anything-goes experimentalism of early jungle and the drop takes that idea and runs with it. The vocal sample is subjected to all manner of sonic violence and combined with the driving bass and beats to give a constantly-shifting array of patterns. This track is beautiful insanity, demonstrating that Gradual can give us something we've never heard before while still keeping the dancefloor firmly in their sights.

“Peevish” can be summed up by one word: intense. There's just a fractional moment of peace as a calming wave of pad introduces the track but within seconds that's disturbed by a distorted gritty stab. From there the track becomes a wall of energy. It hasn't even dropped before the low-end's filled out with a lava-flow of power. Then as the full assault of the drums and bassline hit, backed by unrelenting mid-range grind, it becomes a claustrophobic tunnel of music. When it's time to dark things up, this is a tune to draw for.

It might be a free download, but there's nothing cheap about these tunes. Each one has musicality, craft and rave power and each one teaches us something new about Gradual's production abilities. If this is the direction these Spanish technicians are heading in, then there's some distinctly dangerous material to look forward to.