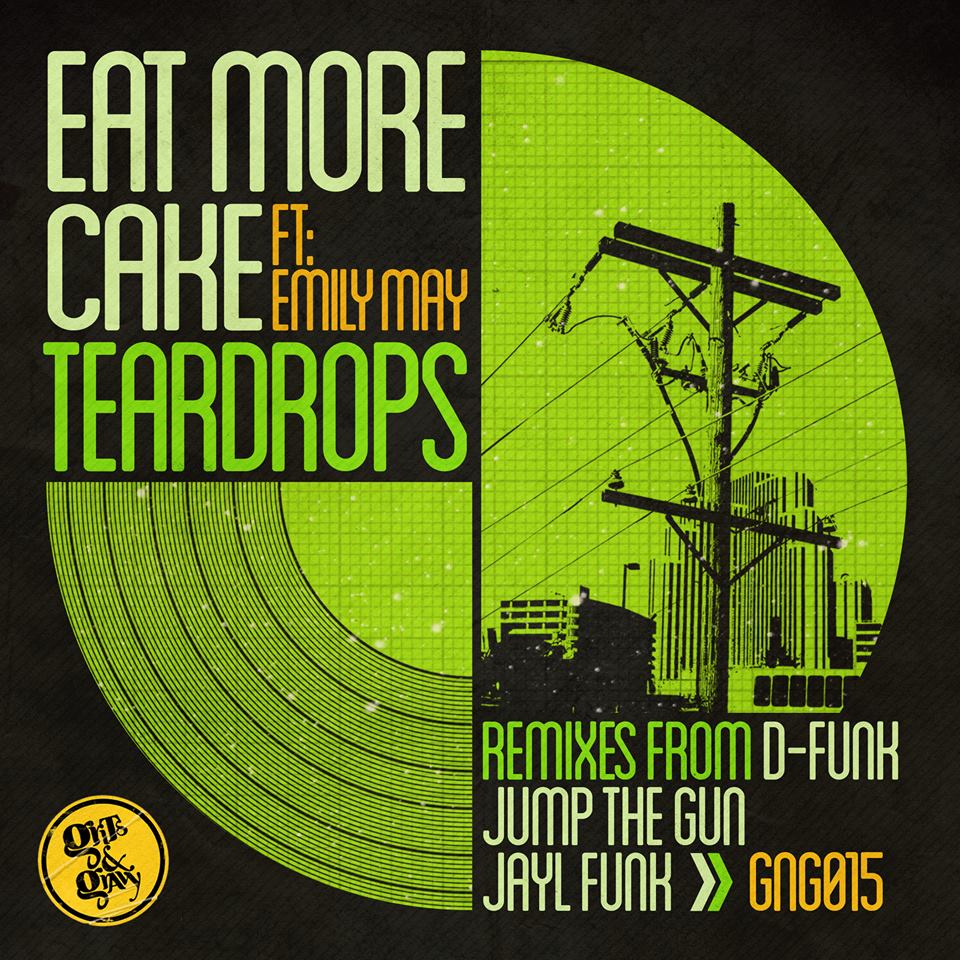 Eat More Cake are a DJ/Production/Songwriting collective from Harrow in North-west London. Their sound incorporates elements of Dance, Chill-out and Hip-hop. They received worldwide radio support and critical acclaim for their bootleg remix of Stardust’s “Music Sounds Better With You”, which recently reached number 1 on the Hype Machine 'Remix Charts'.  They have released original tracks and remixes on labels including Strictly Rhythm, D:Vision, Ego, King Street Sounds, Whartone, Grin, Urbantorque and Sunday Best, with radio plays on Radio 1, Kiss Fm, Xfm, BBC 6Music, Ministry of Sound radio, BFBS, KCRW and many more stations around the world.

Here, they take on Womack & Womack's seminal classic 'Teardrops', featuring the sweet vocals of Emily May. Dropping the tempo and the bassline, Eat More Cake have achieved the rarest of feats! They have managed to compliment a classic with a beautifully composed song that keeps the energy of the original whilst giving it their own unique twist.

The Jayl Funk remix ups the tempo and gets this beauty on the dance floor with a laid back funk and hip hop feel with a nod to the Afro Beat sound.

Next up, Jump The Gun's remix steps into the world of deep house, using the vocal to great effect with a deep sub and expertly placed vocal stabs.

Lastly, label boss breaks guru, D-Funk, drops the solid 'Ghetto Funk' mix for all the mid tempo junkies out there.

All round, a quality package for music lovers, DJ's and dancefloor warriors alike.