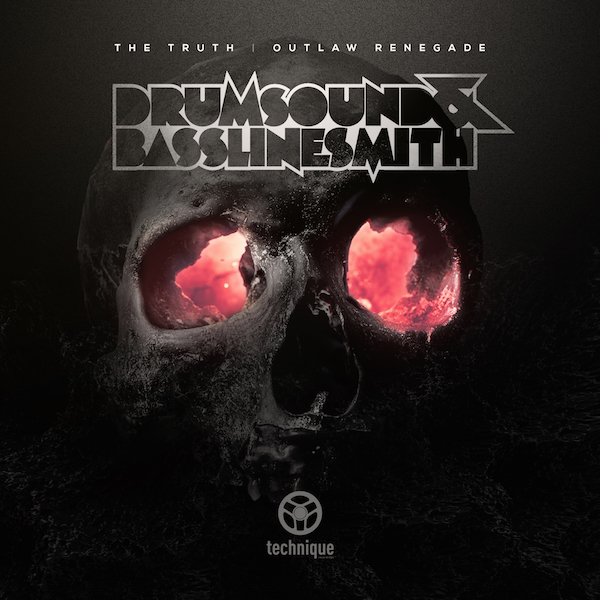 When Technique Recordings bosses Drumsound & Bassline Smith come with a fresh release, they’ve got some big expectations to fulfil. Their last assault was in the form of the monumental VIP reconfiguration of Demo & Cease’s Ladies Night, which has been taking out dances left and right over the last few months. And, if you’ve been paying attention to the sets of guys like Friction, Hype and Andy C you’ll have had a taste of this release too. So, how do these tunes live up to the legacy?

Well, The Truth delivers great things from the outset. A panoramic landscape is laid out before us, with dunes of unforgiving percussive sounds overcast by clouds of minor key tonalities and dark- child dialogue. It’s the quiet before the riot, punctured by an alarm call signal flare which sparks things into life. Then the drop brings a straight-up punch-up between bass and treble, as call and response patterns merge and collide to create an unrelenting groove. This is the dance floor paradigm delivered with rarely-seen layers of subtlety to satisfy the listener as well as the raver.

Outlaw Renegade teleports us straight to the wild west on some distant technologically-advanced planet. The intro lays out a scene of the deserted main street where building percussion and feedback sweeps are the harbingers of the gangsta vibes about to ride through. The drop is constructed around road-hard drums, which provide a rock-solid foundation for the bassline to go to work. And that low-end drives through with sub-shattering force, creating a wave to overdose even the most hardcore bass-addict.

We all know that Drumsound & Bassline Smith deliver nothing but big tunes. The two tracks on this release serve as a reminder that underpinning that floor-filling, rave-filling, arena-filing reputation, are some seriously impressive musical and technical skills. These pieces are cinematic in ambition and attention to detail and, already lined up to premiere on Friction’s Radio 1 Drum & Bass show, it’s clear they’re going to be drawn for time and time again by knowledgable DJs across the globe.