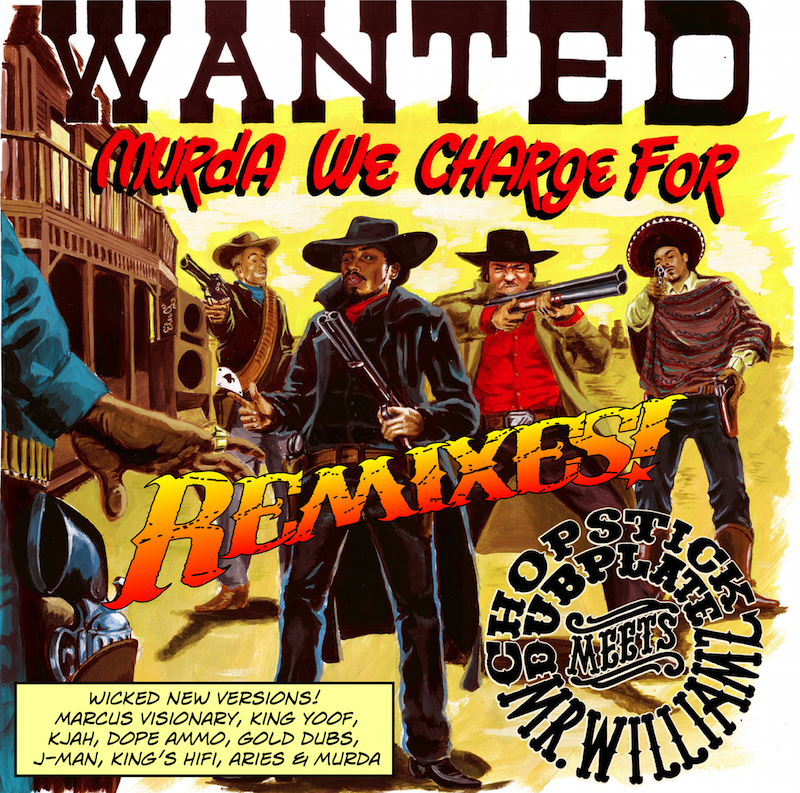 Meanwhile in the wild wild west…

Still on the rampage after a year on the Wanted posters, the Chopstick posse returns bigger and badder with more deadly shots to wake the town. With nine new horses the bounty continues to rise, as more hardened musical outlaws join the gang.

Mr. Williamz & Top Cat ride in with another full clip from usual suspects Aries & Jacky Murda, Worldwide Travellers who just returned from another cheap flight that the promoter paid for with his life.. Gold Dubs dares any witness to come forward and Tell Mi Who. Dope Ammo licks another shot as Williamz makes them know who indeed is the Girls Dem Dada. Marcus Visionary’s ganja-fueled spliff-shooter appears seemingly simultaneously All Over Town, while imported English cowboy King Yoof asks the timeless Shakespearean question: Have You Ever?.

Dreadlocked outlaw Tuffist joins Austrian gunman Max Powa alongside the west-country’s most-wanted, J Man, burning down saloons and speak-easys till the people fill the streets and Holla Fi We.. K Jah’s message at the gallows in town square lets everybody know exactly why Chopstick is still Wanted and searched on the streets. Finally King’s Hifi takes the control center as Williamz and King Kong explain why lawmen who hunt the posse are bound to experience a Rumble Jumble Life.

Chopstick Dubplate shot the sheriff and the deputy, so it’s murda they charged for… musical murda!